Neuroscience and the brain

The early years of a child’s life lay the foundation for their future potential. In the first 3 years of life, a child’s brain develops faster than at any other time, forming more than 1 million new neural connections every second.

New pathways can be developed, but early experiences establish the foundation – and change is much harder as children grow older.

A child’s brain reaches 90% of its growth by age 5. During the first five years a child’s brain is developing its core structures and connections. Sensory processing – like sight and hearing – peaks before age 1. Higher cognitive functions - like memory, language and communication, and reasoning – peak between 2 and 5. 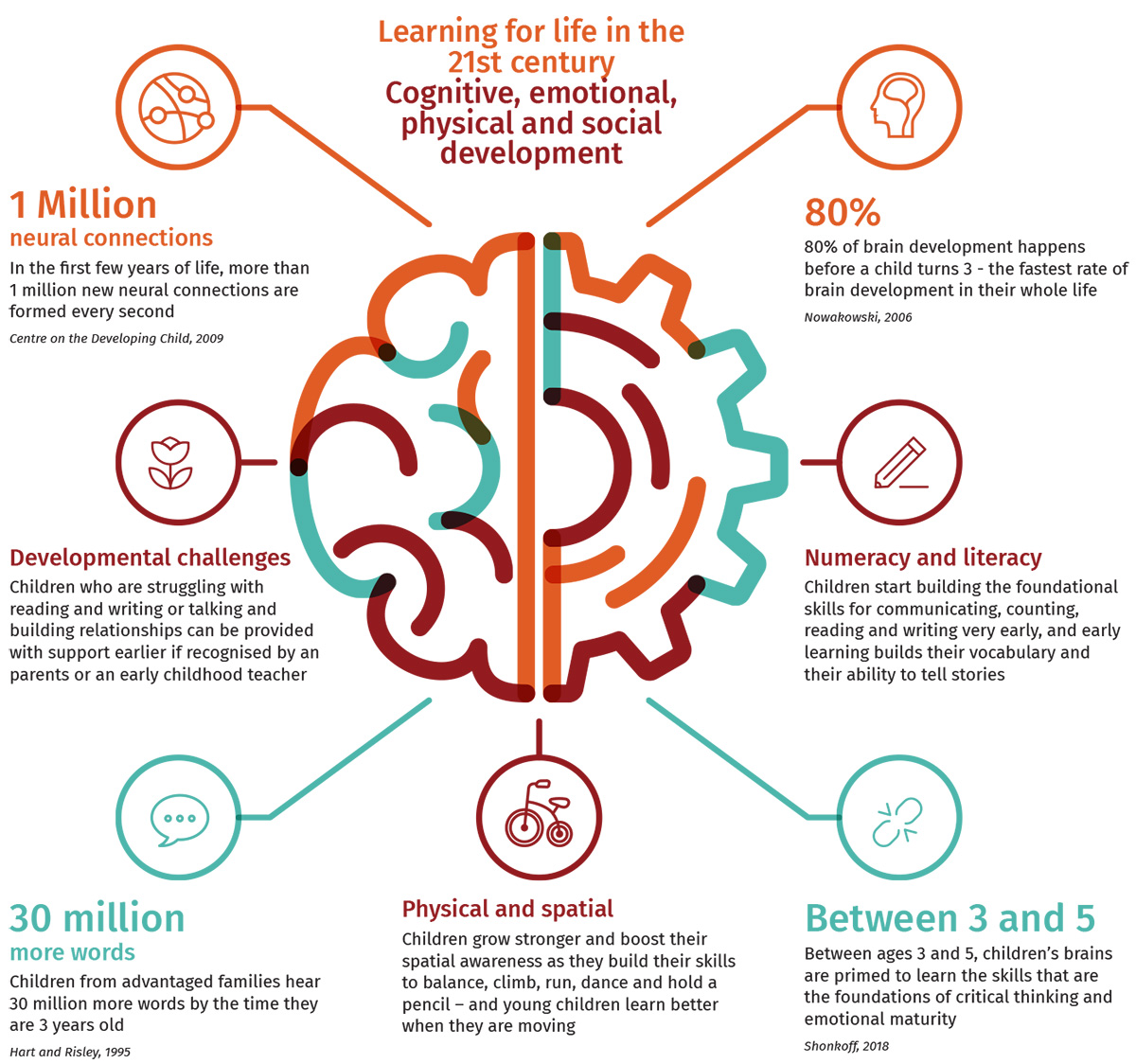